(Arab News) JEDDAH: Fighting spread to civilian areas of Hodeidah on Wednesday as coalition forces drove toward the port area after driving the last Iran-backed Houthi militias out of the city’s airport.

Coalition spokesman Col. Turki Al-Maliki said they had fully recaptured the airport and were now destroying nearby Houthi fortifications. He accused the group of placing tanks inside residential areas.

“Hodeidah port is operating as normal and the movement of ships is normal,” Al-Maliki said. “We have humanitarian and development plans for when we liberate the city.”

Many civilians are now fleeing the city. “The streets are almost empty, deserted,” one said, with most heading for Sanaa, Raymah and Wusab, in Houthi-controlled areas inland.

A Coalition commander also confirmed the liberation of Hodeida airport in a video posted by UAE state news agency WAM.

“The airport was completely cleared, Thank God, and is under control,” the coalition commander for the Red Sea coast, Abdul Salaam Al-Shehi said speaking in Arabic in the video posted on Twitter. 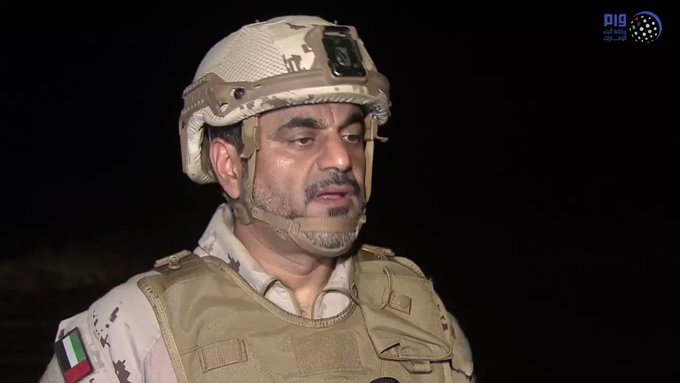 Though the coalition has pledged to try to avoid battles in crowded urban neighborhoods, the Houthis were well dug into Hodeidah to protect the key supply line to the core northern territory they control, including the capital, Sanaa.

Most humanitarian aid to Yemen comes through Hodeidah port, but it is also a conduit for the supply of weapons and ammunition from Iran to the Houthi militias, including missiles used to target Saudi Arabia.

The UAE Minister of State for Foreign Affairs, Anwar Gargash, said the “liberation of Hodeidah is the beginning to ending the war.”

“The choice in Yemen is between the state and militia, between order and violence, between peace and war,” he said.

At least 156 Houthis and 28 soldiers were killed in the fight for the airport, according to Hodeidah hospital sources. That raised the death toll in the week-old battle for the city to 348. No civilian casualties have yet been confirmed.

On June 13, Yemen’s army and its coalition allies launched their offensive to clear Hodeidah of rebel fighters who have held it since 2014. The airport is disused but housed a major Houthi base just inland from the coastal road into the city from the south.

UN envoy Martin Griffiths held four days of talks in the rebel-held capital Sanaa in a bid to avert an all-out battle for the city but flew out on Tuesday without announcing any breakthrough.

Israel and Hamas spent the night shelling each other’s targets

Biden heads to Europe with more sanctions for...

Russia to suspend mission to NATO in latest...